Climbing the leaderboard from a mid-way mark of 11.97 for 56th place on Day One, Wilder and Jimerson closed out the event, weighing the biggest stringer of the tournament at 25.21 on Day Two.

“This is our second-year fishing together,” said Wilder. “But, I’ve been bass fishing for about five years; so, it feels good to finally win one. It didn’t really matter that it was the championship. Don’t get me wrong. I am happy that we did win,

but I just wanted to win an event – championship or not.”

Wilder credited big baits and a lot of luck for the win.

“On Day Two, we were just in the right place, on the right spot. at the right time,” Wilder explained. “A lot of guys were throwing baits like us, but they weren’t catching ‘em. The stars just aligned for us.”

Wilder revealed that six of the team’s first day’s fish came on drop shot and one fell to a spoon; while, the all-important final day’s limit ate an entirely different class of lure.

“Five of the fish on the last day, came on a Deps 175 Slide Swimmer in the Butch Brown color,” said Wilder. “I fished it on my 796 Champion Series Swimbait Dobyns Rod with a Daiwa Zillion reel and 25-pound-test. It was the only rod that I got out that day.

“Jake caught a spot on a 200 series S-Waver in the light trout color and one at the very end of the day on a drop shot in about 35-feet of water. He used the same drop shot setup that we were fishing on the first day.”

Their drop shot rig consisted of a plastic worm in Pumpkin Candy, with a #2 hook and ¼- to 3/8-ounce drop shot weights, on the end of 6-pound-test.

“That first day, we were drop shotting main lake areas in 25 to 40-feet,” said Wilder. It was south of the big island. We were fishing the backside of an island point. It was loaded with fish – schools the size of Volkswagens; but we couldn’t get ‘em to bite. It was really frustrating.”

That middle of the pack standing deterred Wilder’s desire to return to face the looming condition change of Day Two.

“After we weighed in, I drove home, not even knowing if I was going to go back the next day,” said Wilder. “I’ve been on Berryessa when the wind is up and that is no place that you want to be; so, after that first day, I had convinced myself that I wasn’t going back. But, I woke up at 3 a.m., sitting on my bed, arguing with myself. In the end, I figured I had made the commitment, so I went.”

With the wind coming across the lake, the team hit the water on their final gameday without a plan in place. Wilder said they ended up going to a location where they had previously caught a topwater fish in pre-practice. 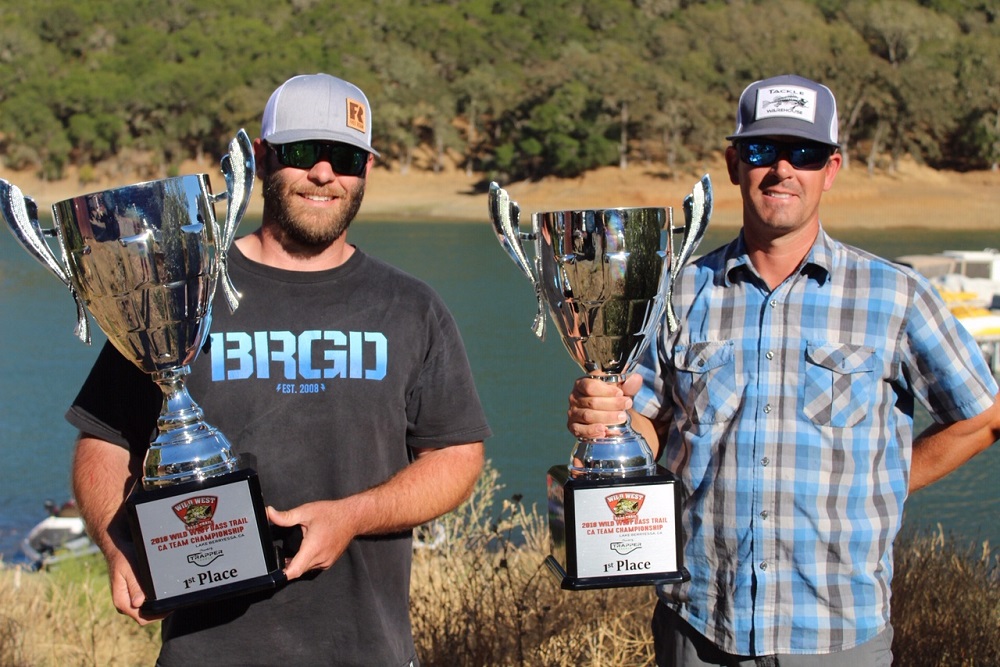 “On the third cast, I caught a five-pounder,” he said.

Capitalizing on the catch, the duo concentrated on a 100-yard stretch of bank that Wilder described as “near the dam” They had a limit in the box by 10:00 a.m.

“After that, the bite died, and we scrambled the rest of the day to upgrade a 1½ pounder and another one that went about 16-ounces,” he said. “We ran the whole entire lake to cull those. We never got another bite until about 2:00 p.m.; so, I understand the brutal conditions that everyone was talking about.

“In the last 10 minutes of the day, my partner caught the last fish to cull out that 16-ouncer and we started screaming. That was the fish that won it. It wasn’t even the big fish we had caught earlier in the day. Those just made up the ground from the first day. That last fish of the day, on that last cast that Jake made, was the difference.”

Wilder expressed his appreciated to Gary Dobyns, the WWBT organization and the sponsors of the circuit.

“Tiger Woods once said that you are only as good as your equipment and that is true,” he added. “I give credit to Wild West and every single sponsor, especially Dobyns Rods and Gary for all of his technique specific rods and advice he gives on fishing them. I also have to thank my family for supporting me while I do this.

The team has not decided on the future plans for their winnings.